Being diagnosed with cancer is probably one of the most terrifying, and common, diseases that faces our society today. Relay for Life is an amazing cause fighting for further research and finding a cure for this disease that impacts millions. My grandma was diagnosed with colon cancer in 2001, when I was only two years old. I don't remember anything from that time, but my mom vividly remembers. I hear stories about all the treatments and visits to the hospital. Almost everyone knows someone who has cancer, and people need to do more to find a cure. Relay for Life is one of the most accessible ways we as OU students can do this. The relay is hosted every year on campus and it is an amazing event.

Note: I just wanted to talk about a charity cause close to my heart and my families. I also wanted to encourage my readers to sign up for this event, as every person counts. 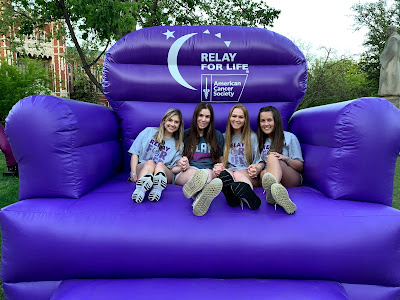 Venice, Italy. A gorgeous city full of life and love. I fell in love with the simplicity of the city and the vast historical beauty. From streaming canals every corner to hole in the wall restaurants that are to die for, Venice is the city of love. It is also the city of wine and pasta, the most delicious pasta I have ever had and probably ever will. I found this beautiful flower laying alongside the canal one day and found the color breathtaking. People don't stop and look at the beautiful simplicity of our world and how beautiful mother nature is. Stop and smell the roses every once an a while.

Note: I wanted to share a moment I had in Venice with my reader and how beautiful I found the city and everything that made the city what it is. 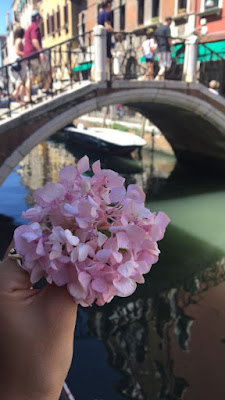 Biography: From Beginning to End

It was a rainy afternoon in Houston, around the middle of July. My friends and I were home for the summer from college, where we had all gone completely different directions. Morgan, on the left, decided to go to Winthrop University in South Carolina, while Kat, in the middle, went to Texas A&M. I decided to go to University of Oklahoma so we rarely saw each other. Summer was basically our time together for the year. We were driving around, with no plan in sight, when we had the idea to go to a museum for no reason other than it was raining and it was an indoor activity. The Contemporary Art Museum was the one for us. After hours of exploring every square footage of the museum, we went to dinner at our favorite ramen bar, Jinya. It was the perfect day of pure happiness.

Note: I talked about my college best friends last story lab, so I wanted to talk about my best friends from high school. These girls have been in my life since I was 12 years old and they are still a big part of my life. I love them both so I wanted to share a specific memory of them. 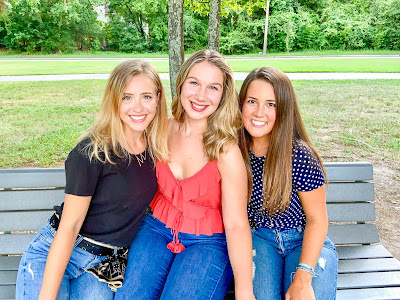 Every body needs friends. My friends are the people who are my family away from home. I am a student at OU and spend most of my time up in Norman. I rarely see my immediate family, as they live 6 hours away in Houston, Texas. So these girls are my support system. Freshman year was my hardest year, and I can say that the only reason I made it through everything was because of my best friends. From family life to just the every day pressures of college, they were my rocks. I live together now with four of these girls, and I wouldn't have it any other way.

Note: My favorite type of story lab is biographies. I like writing about my life, it comes easy and I get to share a part of myself with the readers. For this story, I wanted people to get to know my friends I have made in college. Rather than speak about each of them individually, I wanted to speak of more how they are my support system and how they have helped me get through college. 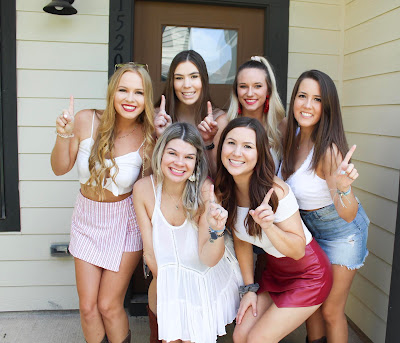 The Golden Goose is the story of a city and the people of Benares. One day, golden clouds covered their sky and they didn't figure out why. A goose was then flying through the sky, but it wasn't an ordinary goose. It was a beautiful golden goose they lit up the sky. The King looked up through his castle and called out to the goose, explaining "Great bird of those why fly through space you are certainly the king". The King called everyone to come out and celebrate and honor their visitor. The flock of geese following the golden goose thought the King just wanted to be the golden gooses friend. So the goose went down to earth to greet the king, then back up to his companions. The goose then headed home to his kingdom at Cittakutta. As time passed, the King of Benares longed more and more to see the bird. He walked to Lake Anokkatta every day looking for the bird. One day, two young geese under the golden gooses rule approached him and said they hoped to race to the sun. They persisted, even after the golden goose said it was not wise. The King repeatedly said no, so the young geese went anyway without permission.

The King knew what these two young geese were up to, so he followed them anyway. The two geese grew so tired of flying for so long, and the King saved them and flew them back down to land. The golden goose decided to visit the King of Benares again, and the King was overjoyed at his visitor. The King brought a golden throne for the goose and invited him inside. The goose spoke of his speed and the King asked if there was anything faster than him. The golden goose informed him that Time was a hundred thousand times faster than the himself. The golden goose then decided it was time to return back to his kingdom. 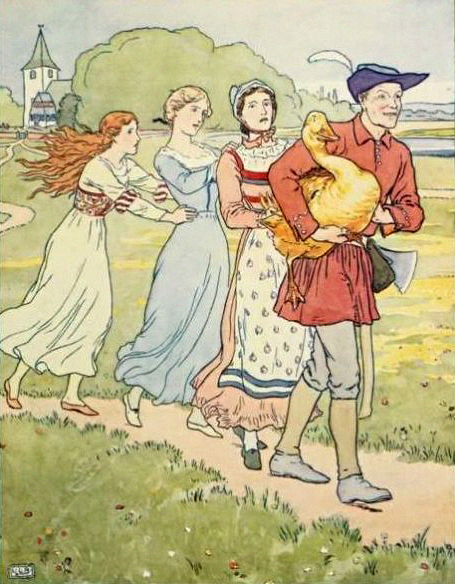 The Fairy and the Hare was the best story out of my selection. We begin our story with a hare that lived in a small village. This specific hare wasn't like the others though, as it was the sweetest out of all. He had three friends, a jackal, a water-weasel, and a monkey. The four friends met up one day to talk and the hare taught everyone how to love everyone they came into contact with. The hare told his friends that they should not eat any food they found the next day, but give it to someone in need. The jackal found a hut with food and after no response, he took the meat with him. A fisherman had caught fish and had hid them in the sand to come back and grab, and the water-weasel found this hiding spot. After calling out asking whose fish this was, with no response, the water-weasel took the fish. The monkey then climbed the tree and grabbed some ripe mangoes. Lastly, the hare went out hunting for others. The hare leaped with joy at what he thought he could offer to someone to eat, himself.

There was a sweet fairy that lived in the forest, named Sakka. This fairy knew everything that happened in the forst, from the tiniest ant's action to the large bears. The fairy knew these four friends had been out hunting look for food for the smaller animals, so she changed herself into an old beggar man. She first approached the Jackal begging for food, who gave up his piece of meat he stole. Next, the fairy went to the water-weasel, who gave her his fish. Next, she went to the monkey who gave her all his fresh mangoes. Lastly, the fairy went to the hare, who offered himself as food. The fairy made a fire and the hare gladly jumped into it, but the flames were as cool as water and didn't burn him. 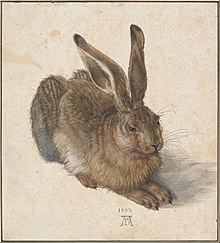 The demons had flooded the earth once again. They were everywhere. Nonstop. Once the floodgates of hell had opened, it never stopped. There was evil and temptation everywhere. People couldn't leave their houses. It was a never ending nightmare that people could never wake up from. The idea of life and death had been altered. Dying wasn't the worst thing that could happen, it was more of a saving grace idea. You either went to the heavens and the pain had ended, or you went to hell where the pain just came and came and never left. The idea of living had altered, because it wasn't so sunny and rosy as people had believed. There was individuals who fought back, but the balance was never restored to how it used to be. There was supposed to be two brave warriors sent to earth from the supreme deity, but that day never seemed to come. Until it did.

The Great War began which lead to many deaths, loses and wins. At one point it seemed like neither side would win, it would just be a slaughter until there was no one left. But then the tides changed. The deities gave the warriors the upper hand, powerful weapons that could slay the demons with one blade crash. The warriors took this weapon and defeated the demons of the earth. The floodgates of hell closed and order had been restored within the land. It was the miracle no one saw coming, all except the heavens and the deities. The earth eventually went back to some type of normal and as time went on The Great War became a fable. A story to tell your children to keep them from doing wrong. Only the heavens and hell knew what had happened so long ago and why things had become the way they were. Ignorant bliss.

Author's Note: I had a hard time incorporating as many original details and story lines from the original story as I wanted to, so I kinda went free fall. I focused more on the aspect of death and going into a heaven rather than the actual characters. I also wanted to incorporate the ideas of demons living on earth, so rather than create characters and a storyline, I wanted to create an abstract story of the ideas of life and death.

Source: Shri Krishna of Dwarka and Other Stories by C. A. Kincaid 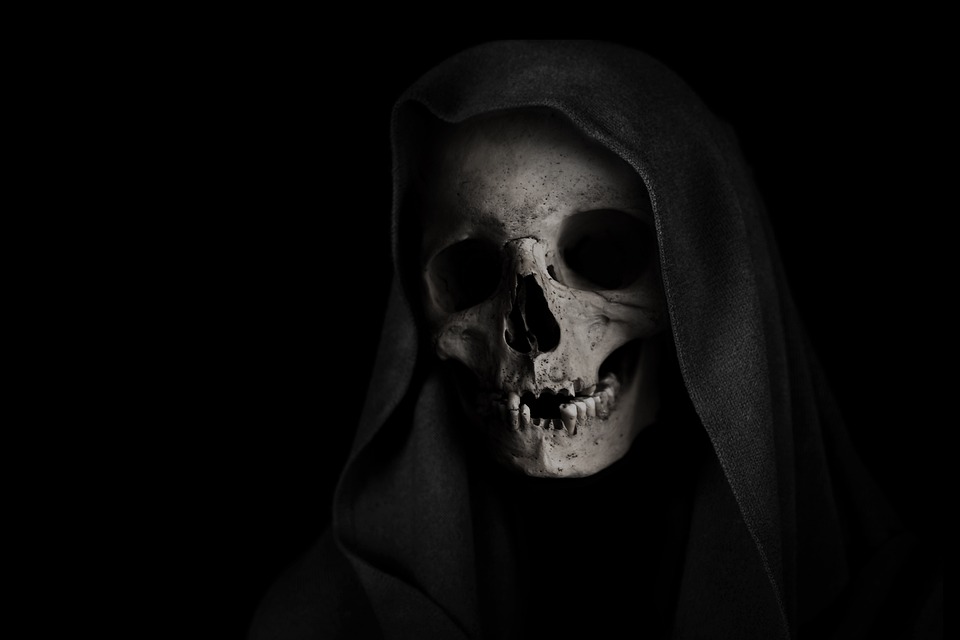 Being diagnosed with cancer is probably one of the most terrifying, and common, diseases that faces our society today. Relay for Life is an ...